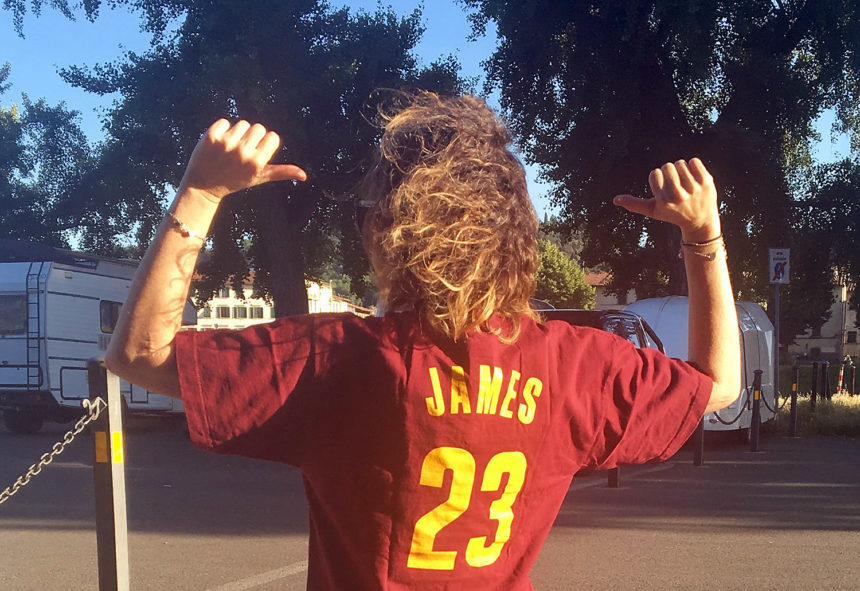 While Italy has it own version of professional basketball, that doesn’t stop them from becoming fans of the NBA. It’s no question that football is Italy’s favorite sport, and you can find the die hard fans scattered throughout the streets. You don’t have to look far to find a football field or a street vender selling a football or jersey. When you look deeper through the cracks you find basketball, once a thriving sport in Italy in the 80’s is reemerging. During the Michael Jordan era, basketball was growing popularity in Italy, both in their own league and in the NBA.

My first few weeks here I was surprised how many locals followed American basketball, and not only the NBA. I went to a local pub and made small talk with some locals asking about American basketball. They revealed that they had made brackets for March Madness, and we discussed the outcome of their bracket. They said they also followed the NBA and were Cavs fans, and their favorite players were LeBron James, Dwyane Wade and Kobe Bryant. Usually in America you root for the team that has some sort of cultural significance to you, such as the city you’re from; however, that’s not the case for Florence. Most Florentines have a favorite player such as LeBron and therefore become Cavs fans and follow their favorite player from team to team.

Our conversation took a turn when they mentioned Lamar Odom. As fans of Lamar and the Lakers, they were disappointed to hear about the choices Lamar had made. I realized we never stop to consider the impression American athletes give the rest of the world about America. When an athlete fails a drug test, or gets arrested for domestic violence, we think of the effects the remaining season or their career and never stop to consider how it effects the rest of the worlds image of the United States.

Even though the NBA is an American sport, the fans are global. Fans come from all over and you don’t have to be from Golden State to like the Warriors or be from Cleveland to “defend the land,” because halfway across the world, Florentines are defending the land away from the land.