American students in Florence and basketball 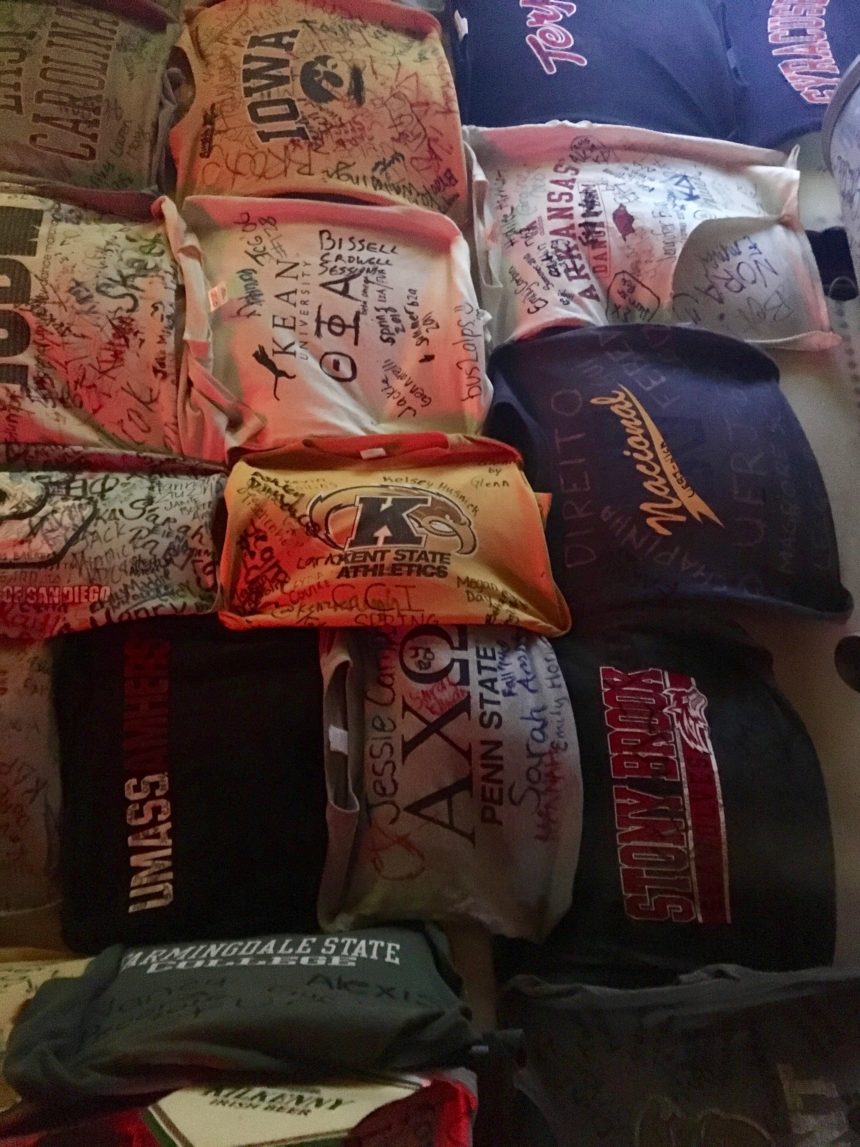 There are approximately 5,000 American students who attend the almost 50 American Universities in Florence throughout the summer. The top sports of interest among those students vary drastically from the most engaged sports in Italy. When studying abroad they are hoping to find some semblance of home, but they are also looking for new and exciting adventures and expressions of culture. Wandering the streets of Florence, speaking with various students across the spectrum from Penn State University to Florida State University, I asked what sports they were most interested in now that they were in Florence and many stated soccer. Soccer is not something you get to engage as often in the United States like basketball, baseball, or football and the fans are not as diehard and lively as fans in Europe when they engage in soccer.

I asked if they were interested in basketball back in the United States and if they had any knowledge of professional leagues in Italy. Not many students knew about the professional leagues but a few knew there were teams. Many concerns arose about how they typically engaged in basketball and sports. It happened through their university, through the city they were born in, and it was viewed through television if they were unable to see their favorite team live. The sport in Florence is not as easily accessible for students who are usually located in the city center and games are not as highly publicized for tourists like the soccer team is in the city throughout stores, bars, and pubs. Moreover, the organization itself can be confusing for someone who does not understand the difference between series. There are no university teams to easily recognize or a large tournament and competition for students that March Madness creates.

The stadiums in Italy are much smaller for even Serie A teams holding at most 10,000 people. Madison Square Garden is the largest stadium in the NBA at over 20,000 while college teams have even larger stadiums such as Syracuse University’s Carrier Dome that holds 33,000 spectators. The level of university teams’ staff encapsulates around the level of national team members with multiple coaches, many assistant managers, and cameramen. However, a lot of the time staff members are students who are pursuing those careers in the future. About two years ago, Michigan State University held a tour across Italy playing the Italian national team and the Russian national team. Penn State Behrend girls’ basketball team played against Pallacanestro Femminile Firenze in May 2017. The different touring teams are the extent that Americans engage in Italian basketball. Some American students who were interested in the NBA, knew many people who are looking to be drafted in professional sports will a lot of the time come overseas. They had heard of players from their university teams being drafted to not only Italian, but many other European teams.

Basketball is a lot more easily accessible for American students while in the United States and a lot larger of an event with cheerleaders, free giveaways, halftime shows, and mini games during every timeout. It is a much larger event, that brings joy and connections in more ways than just the game itself. In Italy, the game is harder to find and there are less theatrics, but the passion for the game is just as strong and enjoyable. The game evokes the same energy for the sport, and creates an opportunity for engagement that many Americans have not had the opportunity to witness while in Italy.